VASEK LAW can answer these questions and many more. Brian has helped countless clients seal their criminal records in Southern Nevada. However, not every record seal is the same and the outcome and the length of time to complete a record seal petition may depend upon many factors, such as where are the records, how old are the records, and what was the final disposition (outcome) of the case. In many cases, Brian can often start a criminal record seal for a small fee since most record seals take several months to complete. IN SHORT: The costs to seal a criminal record should never deter someone from getting started. VASEK LAW offers flexible payment arrangements for this exact reason, so contact Brian now to discuss your options and costs. He even offers FREE CONSULTATIONS.

Sealing a criminal record removes the arrest, charge, or conviction from public view, meaning that a background check will no longer show any criminal events. A sealed record provides tremendous benefits, such as the ability to deny that you were ever arrested, charged, or convicted of a crime. A sealed record should therefore no longer affect employment opportunities, interfere with housing or educational opportunities, enhance the penalties of future criminal activity, or endanger your reputation in the community. Sealing a criminal record may also restore some civil rights, such as the ability to vote or serve on a jury.

Sealing a record can be tedious and time-consuming if unfamiliar with the process. Sealing a record may also take between six (6) to twelve (12) months to complete, although it may take longer if the record is complex. A record seal begins by determining if a person is eligible and the time for eligibility varies for each record. Some criminal convictions are also ineligible for record sealing, such as felony driving under the influence and sex-based crimes, meaning that a person's entire criminal history may be ineligible for sealing. However, assuming that a person is eligible to seal his or her record, the next step is to contact all agencies in the State of Nevada that may hold a record of the arrest, charge, or conviction. This starts by contacting police departments to obtain a copy of the person's "scope" or criminal history. A person must also obtain a copy of his or her criminal history from the Nevada Department of Public Safety Central Repository.

However, if the prosecuting attorney stipulates to the record seal (most common), the petition is then filed with the court. In some cases, a single petition may be filed with the District Court to seal a record in multiple lower courts. In some cases, a hearing may also be required before the judge agrees to seal the record, even if the prosecuting attorney consents to the record seal. After the judge agrees to seal the record, a copy of the final order is then sent to all agencies that hold a record of the arrest, charge, or conviction. This is the final and most important step because until all agencies receive a copy of the final order and comply with the record seal, the record may still be available to the public and appear on most background checks. 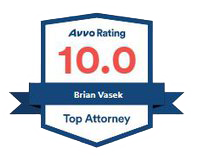 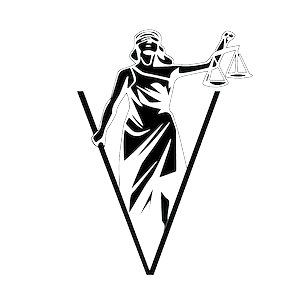 BRIAN VASEK founded VASEK LAW to provide criminal defense clients the time, attention, and care they deserve. He is committed to achieving the best results possible for each client.